In 1867, at Pondicherry, Marguerite Faye married Louis Jacolliot, a colonial civil servant and prolific writer who would specialize in Indian cultures. In the same year, they embarked for a two-month boat trip in the Ganges Delta. Several years later, she had one of Dinard's historic villas built, the Villa India. When she died in Paris at the age of forty-five, she and her husband already been separated for a long time. 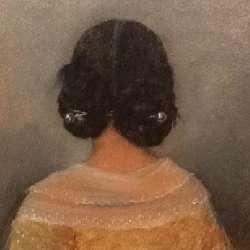