The Oatman family, of Mormon confession, crossed Arizona in 1851, searching for the Promised Land. They were attacked by the Yavapai people. Both parents and four of the seven Oatman children were killed. Two sisters, Olive and Mary Ann, who were 7 and 13 years old, were taken into captivity. Enslaved and abused, they were sold on to some Mojaves, by whom they were well-treated. Olive was bought back by the American Government in 1856. Photographs show her with the bottom of her face heavily tattooed.

voir Morgan Gertrude, Captivity of the Oatman girls being an interesting narrative of life among the apache and mohave Indians. 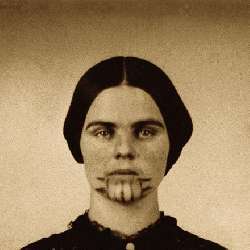 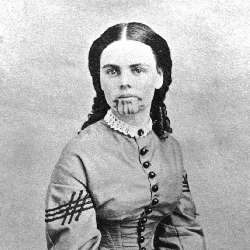 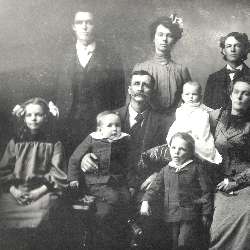 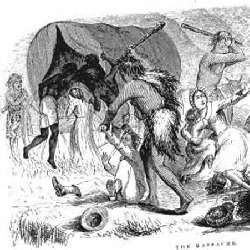 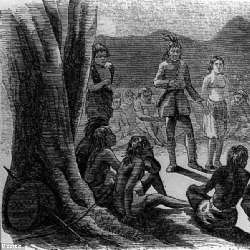