An English colonist, Johnson and her entire family were kidnapped in New England in 1754, at the height of the Seven Years' War, by Abenaquis allied to the French cause. Susanna was held by the tribe for several weeks, then spent four and a half years in Québec at the hands of the French. The latter ended up deporting her to the United Kingdom. In 1796 at New York, she published her Narrative of the Captivity of Mrs Johnson: containing an account of her sufferings, during four years, with the Indians and French. 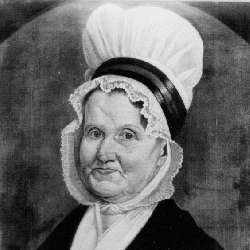